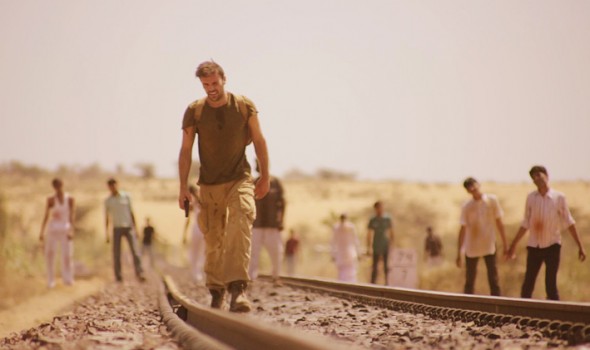 Summer 2015 sees a slew of Jinga titles released on DVD in the UK  and US and include……..

Ed and Susan appear to be a normal loving couple, however, they are far from it. They are snuff filmmakers and want to make the first ever triple feature; Three victims, three kills, all in one night. In order to provide their fans with everything you’d get on a straight DVD, they have rigged their entire house with cameras and audio for your viewing pleasure. Ed’s plan slowly unravels and it all is captured on tape.

Distributed in UK by Solo Media and Rated 18 in UK and Ireland the movie is available now on Amazon.co.uk.

The eagerly anticipated follow-up to the Ford Brothers The Dead , The Dead 2 moves us to the hustle and bustle of India as the outbreak of the walking dead takes hold.

An American engineer teams up with a surviving orphan to trek 300 miles across stunning but deadly rural Indian landscapes to the now infested slums of Mumbai to try and save his pregnant girlfriend.

Distributed in UK by Altitude and available now on Amazon.co.uk

A stagecoach full of passengers and an enigmatic gunslinger are held hostage by two outlaws on the run from the law but events take an unexpected turn when the travelers are stalked by a mythical beast that only appears on the night of a blood red moon.

Distributed in US by Uncork’d and available on Amazon.com

“A great horror film, the yardstick by which future attempts at the genre should be measured” – Screen Relish

Film archivist David (Rupert Evans) has been having a rough time lately, as he suspects that his wife Alice (Hannah Hoekstra) has been cheating on him with Alex (Carl Shaaban), one of her work clients. This stress is compounded when David’s work partner Claire (Antonia Campbell-Hughes) gives him a reel of to-be-archived footage that shows that his house was the setting for a brutal murder in 1902. Becoming progressively more unsettled and unhinged, David begins to believe that a spectral presence is in his house and ends up following his wife to a nearby canal, where he discovers that she is indeed having an affair with Alex. When Alice goes missing shortly afterwards, David contacts the police- only to become the prime suspect in her disappearance. As the police grow more convinced that David has murdered his wife, he struggles to find proof of his growing suspicion that something otherworldly was instead responsible.

Distributed in UK by Kaleidoscope and available to pre-order now on Amazon.co.uk

“A brilliant take on the home invasion genre” – Flickering Myth

Over the course of a weekend, a hypnotic home invader explores and exploits the relationship of a suburban, middle class couple. His brutal torture of the husband and seduction of the wife uncovers an uncomfortable truth about their marriage and ultimately acts as a catalyst for extreme liberation.

Distributed in UK by Matchbox and available to pre-order now on Amazon.co.uk