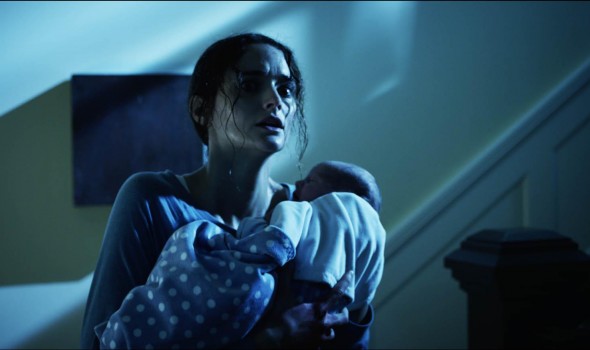 Following its US premiere at Overlook Film Festival the film won the event’s Scariest Film Award.

Produced and co-written by Colin Minihan (Grave Encounters 1 & 2) and starring Christie Burke (Twilight: Breaking Dawn), Jesse Moss (Tucker And Dale Vs Evil), Rebecca Olson (Kindergarten Cop 2) and Michael Ironside (Starship Troopers), the film follows a young mother who after losing one of her twins during childbirth, spirals into madness thinking that her other child is in danger from an evil entity.

“Like Rosemary’s Baby before it, Still/Born explores the fine line between psychological and supernatural horror,” said Jinga’s Julian Richards. “It’s a genuinely terrifying woman in peril story with the potential to appeal to a wide theatrical audience as well as core genre fans”.

The film was produced in Canada by Colin Minihan, Kurtis David Harder and Chris Ball of Digital Interference Productions with Miles Forster and Chris Wilkinson from Hadron Films on board as executive producers.