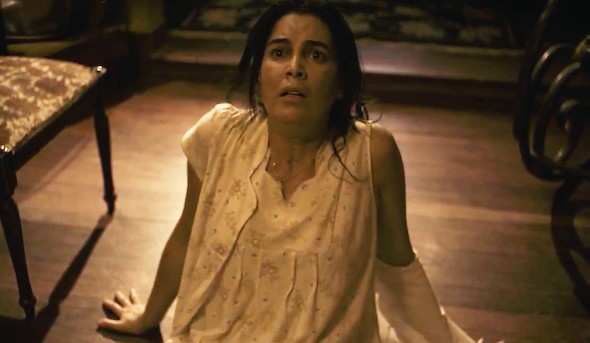 Variety has announced that New Line Cinema have acquired the rights for a major Hollywood re-make of Alejandro Hidalgo’s supernatural thriller THE HOUSE AT THE END OF TIME. The domestic Venezuelan release broke box office records for a horror movie.

THE HOUSE AT THE END OF TIME follows a mother who returns to the site of a crime that took place 30 years earlier and left her family shattered. There, she must come to grips with the supernatural aspects that led to the tragedy.

“Draws comparisons to The Conjuring, The Others and Oculus, but is the best of all of those films.  An impressive, confident and creepy debut”
– Ryan Turek, Shock Till You Drop.

“Scary as hell…but also has a family centered heart that reminds me of films like Poltergeist.
– Adam Ruhl, Pop Culture Beast

Jinga Films and and the producers of the original film Epica Produccion will also be involved in the remake.