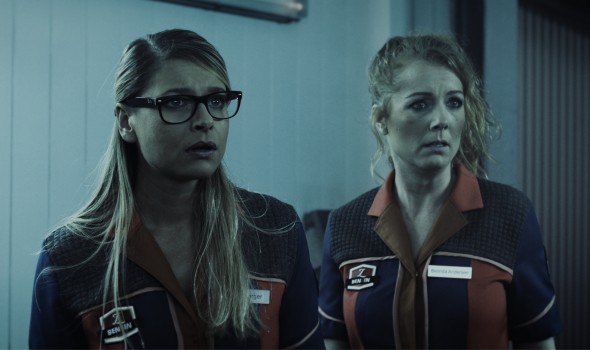 FINALE tells the story of two gas station attendants who unwittingly become the stars of a terrifying show streamed live on the dark web. Kidnapped and then held captive by a sadistic ringmaster their survival instincts are stretched to the limit as an unseen audience decide their fate.