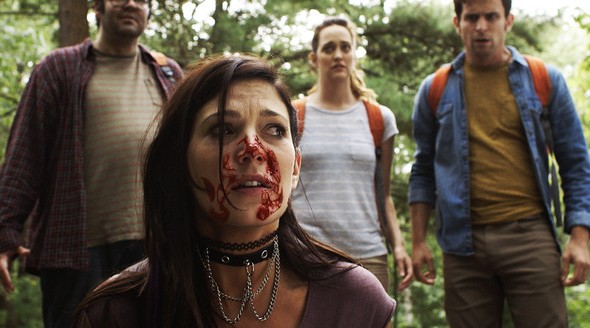 Jinga adds RUIN ME to FrightFest Line Up.

Jinga is pleased to announce a stonking new addition to this year’s FrightFest line up.

Starring Marcienne Dwyer (Bad Girls), Matt Dellapina (Dirty 30), Chris Hill (The Dark Knight) and Eva Hamilton (BFF) the film tells the story of six strangers who sign up for a slasher movie re-enactment game in which they are dropped into the woods and pursued by a knife wielding maniac. But when the body count becomes real, Alexandra, the only participant who has never seen a horror film, must unravel the mystery of who is responsible if she wants to survive the ordeal.