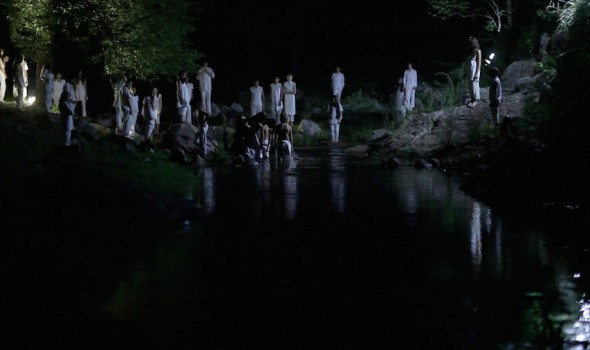 A stagecoach full of passengers and an enigmatic gunslinger are held hostage by two outlaws on the run from the law but events take an unexpected turn when the travelers are stalked by a mythical beast that only appears on the night of a blood red moon.

Distributed in UK by Studiocanal and available now to pre-order on Amazon.co.uk

A group of students discover a terrifying “reaction video” on the internet in which the participants have all died in mysterious circumstances. Their search to discover the whereabouts of the video reveal an obscure corner of cyberspace known as the Dark Web where a curse brings death to all who witness the video.

Distributed in UK by Solo Media and available now to pre-order on Amazon.co.uk

“A bold, gritty thriller that celebrates the strong tradition of British gangster films”.- The Trash Bash

Two hit men wake in the back of a truck to find they have been drugged and their employer brutally murdered. A call from a female assassin reveals they are being punished for past crimes against an underworld boss. Their attempts to escape result in a bloody confrontation with a shocking twist in the tail.

Distributed in UK by 101 Films and available now to pre-order on Amazon.co.uk

CHILDREN OF THE NIGHT – October 26th.

CHILDREN OF THE NIGHT has already been compared to LET THE RIGHT ONE IN.

A journalist investigates a remote orphanage and discovers that it’s inhabitants are child vampires led by the grandson of Count Dracula. As she bonds with the children she realises she must do whatever she can to protect this endangered species from a puritanical cult hell bent on destroying them.

Distributed in UK by Matchbox Films and available now to pre-order on Amazon.co.uk