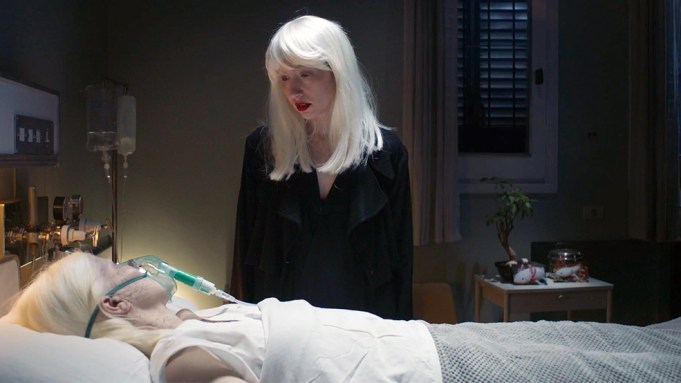 London-based sales outfit Jinga Films has announced deals on a raft of Latin American genre titles during the American Film Market, securing sales across Europe, Asia and the U.S.

Sales come in the run-up to next week’s Ventana Sur market where genre is one of its main focuses, thanks to a dedicated Blood Window genre co-production and sales market at Ventana Sur.

Post-apocalyptic and pandemic titles were among those to be snapped up, with Munich-based distributor Donau acquiring the rights in Germany, Austria and Switzerland for Luciana Garraza and Eric Fleitas’ “Scavenger,” a post-apocalyptic Argentinian sci-fi offering.

The specialist genre outfit has made further sales to German-speaking territories with its buzzy Venezuelan zombie pandemic thriller “Infection” – with Busch Media picking up rights.

Flavio Pedota’s tale of a rabies mutation that brings fear and chaos to city streets has also been picked up by Malaysian distributor Suraya for Malaysia, Brunei and Cambodia.

“Infection” has already sold into other markets, including the U.S, Latin America, Spain, Russia, Japan, Korea, Taiwan, Thailand and Vietnam.

Elsewhere, Jinga’s Uruguayan horror title “The Quarry,” exploring gender violence and the growing rift between city and country dwellers, has also captured the imagination of German distributor Tiberius. Bernardo and Rafael Antonaccio’s film has previously sold into Korea and Spain.

Jinga, which has a solid reputation for selecting outstanding horrors, will also release “Scavenger”, “The Quarry” and “Infection” in the U.K. through its new horror label Danse Macabre, which launched in September.

“We have established ourselves as a specialist in Latin American genre films at a time when genre cinema in that continent is resurgent” said Jinga’s Julian Richards.

He added: “This is thanks in no small part to the Blood Window program launched by [Argentina’s] INCAA at Ventana Sur in 2013 and which we look forward to attending again, all be it virtually, at the end of November”.